The work of 6 Digital T Level students from City College Norwich will feature in a national campaign promoting digital technician careers, after they won a competition organised by BCS, The Chartered Institute for IT.

For the competition, the students had to create a piece of content for social media promoting digital technician careers for the Technicians Make It Happen campaign.

The members of the winning team were Kieran Loads, Dan Longlands, Luke Turner, Mantas Stockus, Jacob Neave, and Jack Clare, who are all on the new T Level course in Digital Production, Design & Development.

The group’s 20-second video highlights the wide range of roles that are available, the strong demand for these skills, and the salary range that a technician can expect to be earn. It aims to challenge common misconceptions about what is involved in the work of digital technicians. 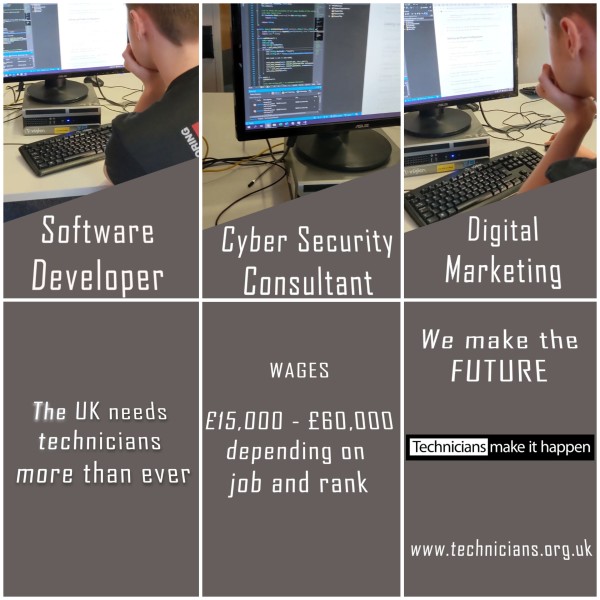 The competition judges praised the students for their well-thought-out approach in responding to the brief, the high quality of the technical and creative work that had gone into their entry, and their attention to detail throughout.

One of the judges was Heidi Easton, Account Director at Kindred, the agency that is running the Technicians Make It Happen campaign for BCS. Heidi says:

The group’s rationale was incredibly impressive. They had thought about the platforms and how the content would work on them, considered file formats, and the audience. Their entry is a really well-crafted piece of work that tells a story, which was really important because technicians are at the heart of the campaign.” 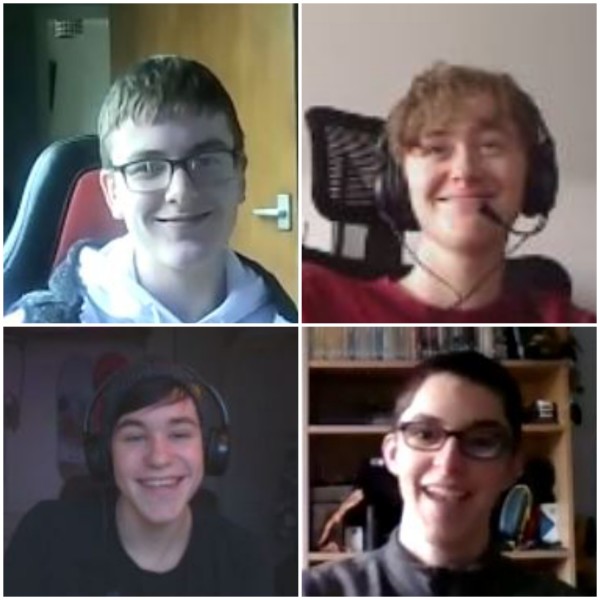 We wanted to try and show that there is a wide variety of careers available in digital. A lot of people think that it is just sitting at a computer, writing a programme, or staring at a database. We wanted to show that there is a lot more to it than that, and to get the audience thinking about all the different areas of work digital technicians can go in to.”

The students worked really well as a group, combining their different skills and strengths to produce an excellent piece of work. Our Digital T Level students are very tuned in to the career opportunities that are available to them, and many have a clear idea of the areas they want to specialise in, so this was an ideal competition for them to be involved in. We are all looking forward to seeing their work featured in the national campaign.” 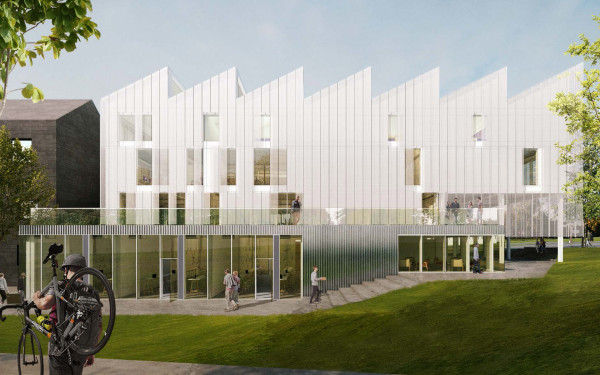 The Digi-Tech Factory is due to open later this year.

It is an exciting time for digital skills at City College Norwich. The College is a leading the way in offering pioneering courses that will lead to careers in the fast-growing digital sector, including T Level Digital Production, Design & Development, T Level Digital Infrastructure, T Level Data Technician, and the Diploma in Digital Arts, Animation & Games Design (all at Level 3).

Students on these and other courses can look forward to studying in the College’s inspirational new Digi-Tech Factory, a purpose-built facility for digital skills, which will be opening later this year.