A year of painstaking restoration work by two apprentices with the Broads Authority has ensured the preservation of a 200-year-old drainage mill for future generations to enjoy – and the quality of their workmanship has been recognised at the 2021 Norfolk Constructing Excellence Awards.

Brandon Jarvis and Tom Allen, whose Apprenticeship training is supported by City College Norwich, carried out the restoration of Six Mile House drainage mill, on Halvergate marshes. The project saw the apprentices replace the mill’s cap, doors, and windows, as well as some of the brickwork. In addition, they put stairs and floors inside the structure.

The grade two-listed mill dates back to the 1800s and was originally used to drain land south of the Rive Bure. Its restoration is part of the Water, Mills and Marshes project, which has funding from the National Lottery Heritage Fund with a total of 38 projects, including this one, to repair several of the iconic drainage mills on Halvergate marshes - an area which boasts one of the greatest concentration of such mills in Europe. 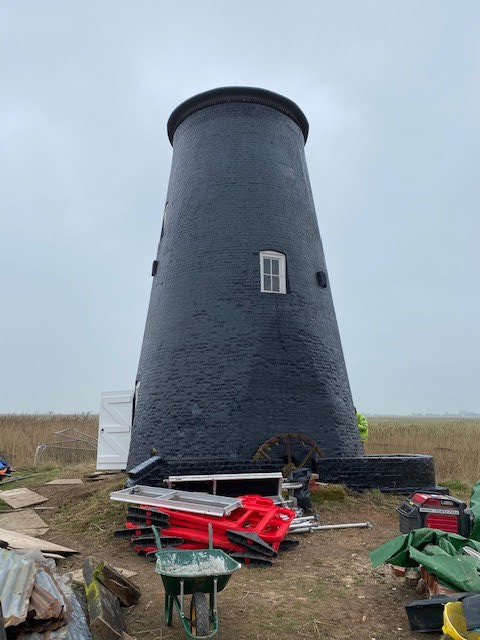 Led by the Broads Authority, working in partnership with a wide range of stakeholders, Water, Mills and Marshes aims to preserve this key part of Norfolk’s heritage, enable more people to connect with it, and support the conservation of the area’s habitat and wildlife.

Another key aim, which has seen the involvement of construction students and apprentices from City College Norwich, is to train a new generation in the heritage construction skills that are vital to the preservation of historic buildings.

Heritage construction is ideal for people who like a challenge, people who like a puzzle, who want to put something together that's not just flatpack. I mean this is brickwork, but it’s brickwork that’s on a curve in two directions and the mills are all leaning, and it’s trying to salvage bricks, or bring in bricks from another site, rather than using new ones. There’s always work to do and the mills are an important part of the history of the area.”

The two Broads Authority apprentices have already learnt a huge amount about heritage construction through their experience of working on the Six Mile House project.  Carpentry Apprentice, Tom Allen, 27, comments:

The mill was pretty much a hollow before, the only thing left in it was the main shaft. We put a new roof on it, made stairs for it, which I hadn’t done before, made them from scratch. Because the mill was a bit wonky, as some of the building had sunk, there’s a bit more playing around with things.” 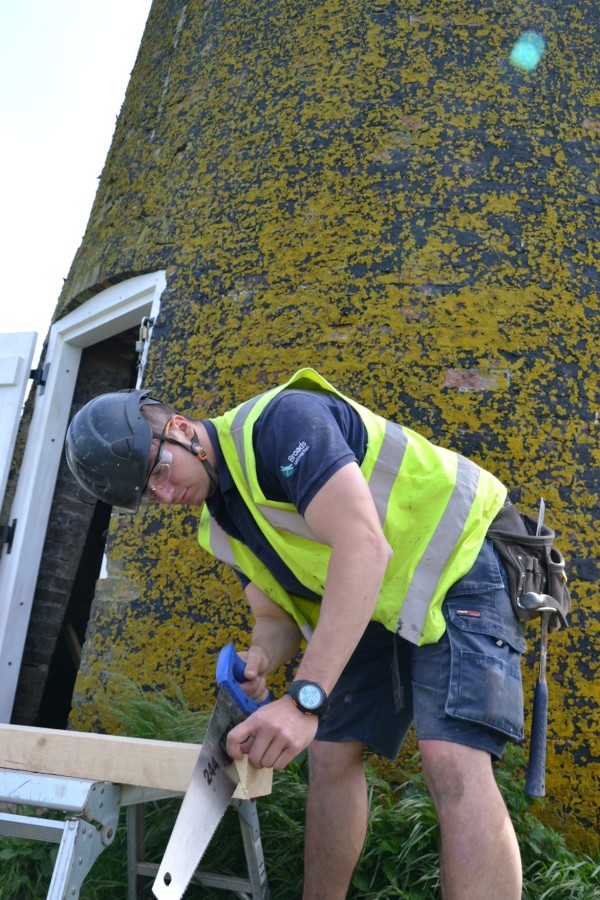 Tom plans to continue working in heritage construction, saying he enjoys the greater challenge it brings compared to the work involved in most housebuilding projects:

Obviously I took pride in seeing the end result. It was pretty cool to see, knowing we’d done it all ourselves. I’d like to stay in this line of work, working on heritage buildings. It’s just something I’ve always been interested in. I’ve always preferred historic buildings over modern ones.” 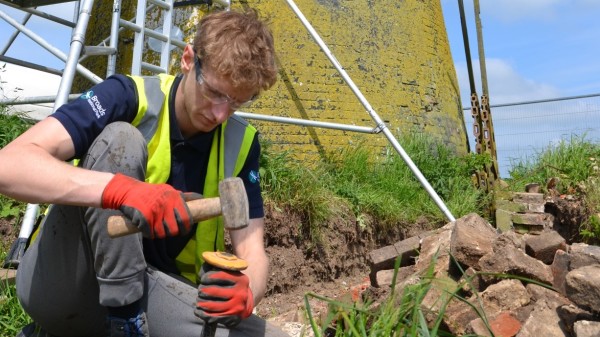 They restored a whole mill, which is a large building, 4 stories tall, by themselves, in a year . They did everything, the windows, the doors, the frames, and then built a really unique cap to put on top of it – that was the innovative part. The Constructing Excellence awards are judged by other people from the construction industry in Norfolk and I think this award shows the quality of work that these two apprentices are doing.”

The Water, Mills and Marshes project is giving our construction students and apprentices unique opportunities to develop their skills in heritage construction – both on site and in our workshops where some of the supporting restoration work, for example on the windmill sails, is taking place. It is a fantastic opportunity for those training in all trades to experience a career direction within construction that they may not have considered before.” 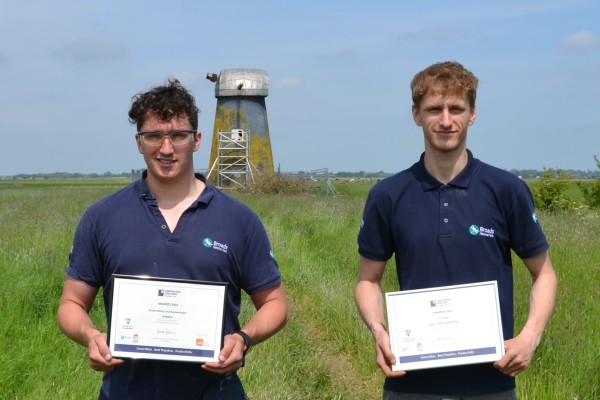