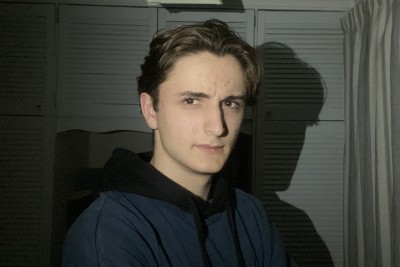 An acting student from City College Norwich, Cam Docherty, has been offered a place on the Screen Acting degree at the New York Conservatory for Dramatic Arts (NYCDA).

Cam – who is still weighing up other acting degree opportunities, at home and abroad -    says that he was “over the moon” when he learnt that the New York Conservatory wanted to offer him a place and a partial scholarship.

Cam is now seeking donations to help towards the remainder of his tuition fees and living costs, so he can turn his dream of studying at NYCDA into reality – and he has set up a crowdfunding page for this.

Acting started out as a hobby for Cam when, aged 9, he took part in a production of Alice in Wonderland.

Now the 18-year-old, from Poringland, is keen to see how far he can take acting as a career – with his dream being to see if he can follow in the footsteps of Sam Claflin, who also studied Acting at City College Norwich, and make it as a big name Hollywood actor.

I’m hoping that I can appear on screens, do films, that’s the hope after doing the two years in New York. I want to come out of that with a good enough skill set to go and apply to do movies and be in all the big stuff.”

Cam developed his love of acting through his involvement in the Fisher Youth Theatre Group in Bungay. Its Directors, Laila and Darren France, were among the first people to congratulate Cam on being offered a place at the New York Conservatory.

The Fisher Youth Theatre Group has given Cam numerous exciting opportunities over the years, including an exchange project which saw him cross the channel to act alongside young people in a collaborative production in Belgium.

Students spur one another on with commitment to acting

Now in his second year of the UAL Level 3 Diploma in Acting, Cam says that his time at City College Norwich has been “really good”.

Everybody gives 100 per cent, some people have got agents, they all care about acting. We all get on, the environment’s nice, and because everybody’s keen on acting you get a great sense that everybody is bouncing off each other, and everybody is willing to put in their views and ideas.”

Whether Cam ultimately takes up the place in New York, or at one of the other institutions to which he has applied, he is excited by the prospect of moving away from home and broadening his horizons:

I think university is the opportunity to spread your wings and see how the world is away from home. You’re seeing a different outlook on life, how the rest of the world works.”

As he looks forward to this next stage in his learning and development as an actor, Cam’s approach will be to continue to challenge himself and to see how far he can take his talents.

It’s a sense of, when it comes to going to New York, once I’ve crossed that hurdle, what’s the limit? How many hurdles can I jump? You may as well keep running if you know there’s a route in front of you.”

This is a fantastic opportunity for a talented young man.  It’s really good that so many of our progressing second years are looking to study at the top drama schools. The first national lockdown gave us a great opportunity to spend lots of time developing audition material to help people gain offers for such prestigious places.”