This course is for people who love film. It encourages you to watch, analyse, discuss and write about films from different perspectives. Film Studies is about how we engage with films on a textual level, its form and aesthetics, how it produces meaning and how it articulates our world to us. This is underpinned by making films, as this is how you truly learn to ‘see’ films. The course works to the OCR A level film specification and is a two year linear course.

This course is perfect for those who are open to studying a wide range of different types of films from blockbusters, indie, foreign language films and experimental cinema. In film history, we trace cinema from US and European silent cinema to the studio system through to New Hollywood. This is alongside European Film movements such as German
Expressionism and Surrealism. In critical approaches to film, you will look at debates around the nature of cinema. Underpinning this is the practice of film production - you will
shoot and edit short tasks throughout the year to experiment with cinema forms, alongside workshops on creative writing, cinematography, editing, lighting and sound. All students produce either a short film or a screenplay (with photographed storyboard).

Applicants require a grade 5 in GCSE English Language. Applicants also need to have a minimum of six GCSEs at grades 9-4, and if GCSE Film Studies has been taken, a grade 5 must have been achieved.

Assessment is through project work and written examinations. Written exams make up 70% of the final grade whilst 30% is coursework and involves completing either a Short film or Screenplay.

You can go on to study university level subjects or progress in to careers related to a variety of critical or creative subjects such as English, Politics, Sociology, Film Making, VFX related courses or other Arts related subjects.

2
View All Courses View A Levels at Paston College

Media and Games Design A Levels 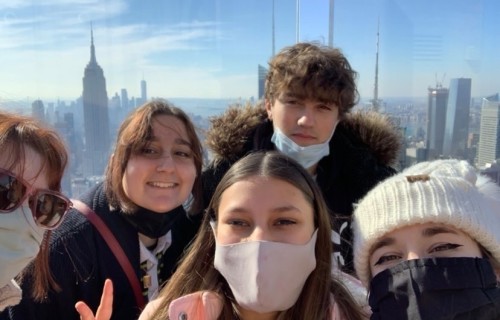 Seventy students and 9 members of staff from City College Norwich and Paston College spent an amazing week in New York taking in the iconic landmarks, art, and culture, of ‘the Big Apple’.